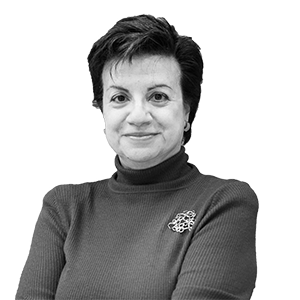 Portugal voted in an election for the presidency of the Republic with a much tougher lockdown and worse covid indexes than Catalonia. They did it as they do things in Portugal, without a fuss. These elections have left two worrying figures: the abstention of 60.51% (despite the fact that in 2011 it was 53%, with no covid) and a notable rise of the far right, which has placed Chega!'s candidate in third place with 11.90% of the votes.

It is not my intention to comment on the results but to think about Portugal as a mirror (or mirage) for Catalonia. How do we read these data in our situation? As a mirror, as a mirage or as a prophecy? As a prophecy, I fear, regarding abstention and the rise of the far right, but nothing more. The type of election is not comparable. The presidential elections of a non-presidentialist republic, as is the case, are not like the Catalan parliamentary elections - and even less so in this case.

Let us look back. We need not go back to the medieval dynastic relations with the Crown of Aragon, when Queen Isabel turned bread into roses, a highly aesthetic miracle but not very nourishing for the hungry. Let us look at three outstanding moments: the Reapers' War, the Renaixença and the Carnation Revolution, on 25 April 1974.

It is often said that Portugal regained its independence in 1640 because Catalonia paid the price by losing hers. First mirage. This was not exactly the case. Portugal regained its independence, in a very long war that lasted almost thirty years, because its situation was much more favourable. It was an immense empire that all of Europe wanted to take out of the hands of the Spanish Habsburgs, especially Portugal's patron, England. Catalonia sought France's help and got nothing. Louis XIII was not a great believer in independence. On the other hand, the Portuguese nobility, despite its infighting, found a leader, the Duke of Bragança, and followed him. The Catalan aristocracy had been bleeding to death in internal wars for two centuries. There was no Bragança. Still, there were spies here and there, pamphlets there and here and remarkable subversive activity. The reserve section of the University of Barcelona library holds a very important collection of documents on this failed alliance. Here is one: Letter loyally translated from Portuguese to Catalan [...] gives notice of the successes of the arms of the king of Portugal, Don Juan, [...]. At its end, an edict from the King of Portugal in favour of the Catalans, 1641. But it's all going to end in nothing. In 1640 Portugal was a mirage.

During the Renaixença, there was a significant flow of cultural contacts between Catalonia and Portugal, especially through the work of Ignasi Ribera i Rovira, the great mediator, a Catalan who grew up in Portugal, where his father ran a woollen cloth factory, and who worked hard to establish links between his Catalan friends, such as Joan Maragall, and the Portuguese, such as Teixeira de Pascoaes. It was an attempt to weave, with Portuguese wool and Catalan calicos, a bridge between both ends of the peninsula because, as Maragall wrote in 1912: "These sea airs have to find their way into the dry Castilian plains so that some of the damp saltiness penetrates them, to make a general peninsular atmosphere that is more breathable for everyone than it is now". At that time, Portugal was a mirror and a battering ram.

Here, coalition governments do not have the same tradition, and backstabbing, on the other hand, does

Finally, not stopping through the visions of Portugal of Gaziel and Josep Pla, we arrive at the hope that represented for Catalonia on 25 April 1974, the almost perfect revolution that had chroniclers like Fèlix Cucurull or the recently disappeared Jordi García-Soler. Here Portugal was a mirror and a prophecy: Franco died a year later.

And today? Portugal has a coalition government between the Socialist Party and the Bloco de Esquerda that works like a well-oiled machine without bickering or backstabbing. This has allowed them to hold elections in times of pandemic without it being made out to be the end of the world. Here, however, coalition governments do not have the same tradition, and backstabbing, on the other hand, does. Andreu Mas-Colell wrote in this newspaper on December 19: "Portugal's path will not be easy. I believe that demographics help, but above all we need to control ourselves". Very true. When we enter Portugal, we are surprised by the absence of screaming. These people don't shout in bars and they rarely do play the macho. How strange they are! Now Portugal could be a mirror, a mirror of coalition culture and good civic education. A pinch of saudade (to make the topic more acute) would do us good to temper our spirits and look ahead with realism. I wish Portugal were a mirror this time...

Elena Losada is a professor at the UB and a researcher at ADHUC - Centre for Research Theory, Gender, Sexuality